Clifford Bell, author of A Full Life, an anthology of inspirational poems, has more than 55 years of experience in church, public, business, and community involvement in Buffalo, New York and around the world. He represents everything that's good about Buffalo and what's good about America.

Clifford Bell was born in Buffalo, New York on November 28, 1929, one of seven children of the late Emmett and Thelma Bell. Throughout his life, he has been known to the people of his community as Brother Bell. This nickname goes to the heart of Bell's philosophy and attitude toward God and his fellow man. Over the years, his roles have included businessman, poet, father, grandfather, philosopher, community leader, counselor, and selfless contributor. Most of the community knows Bell for his work as a Buffalo, New York City Councilmember, but his activities have extended to several different areas, including work with business and church organizations and hosting the television show, Minding Your Business.

He has been a faithful member of The Lutheran church of Our Savior for more than 50 years, where he has served as congregation president, Deacon Board chairman, and Evangelism Committee chairman. He is a successful entrepreneur, who has owned and sold two businesses, a sporting good store and a dry cleaning business where he worked for more than 50 years. Currently, Bell is a senior counselor with the New York State Small Business Development Center on the Buffalo State College campus. He counsels large and small businesses on planning. In 1998, as a representative of the Mayor of Buffalo, Bell led a delegation of 55 people to Lille, France to personally represent five Buffalo businesses in international trade.

Brother Bell is a member of the Martin Luther King Memorial Trust Fund. The Fund is responsible for commissioning the largest sculpture of the late Dr. King in the United States. He chaired the Martin Luther King Jr. Celebration Committee for 28 years and was responsible for raising more than $250,000 for construction of the bust. He continued organizing and presenting citywide artistic performances, featuring national performers, at Shea's Performing Arts Center.

Bell believes in fairness and equity for all people, bringing his passion for civil rights to any challenge he has faced over the years. Bell is a family man, a hard worker, and a powerful voice in the Buffalo community. He has been married to Helaine Tucker since 1955. They are the proud parents of two children, three grandchildren and two great-grandchildren. 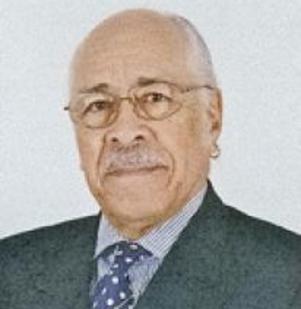