On October 20, 2006, Reverend Jonathan R. Staples, as led by God and the Holy Spirit, accepted the call of the First Shiloh Baptist Church to serve as the Congregation's Seventh Pastor. Reverend Staples previously served as Senior Pastor of Jerusalem Baptist Church in Palo Alto, California for nearly eleven years.  During his tenure at Jerusalem, Reverend Staples served as Moderator of the Bay Area Baptist District Association, and President of the Black Caucus of the American Baptist Churches of the West.

Prior to becoming Jerusalem's seventh Pastor, Reverend Staples was a Senior Program Associate at the Federation of Protestant Welfare Agencies where he helped churches to develop human/social service programs.  He also was an Associate Minister at Memorial Baptist Church in Harlem, New York, where he served as Minister of Christian Education. In addition, he was the Executive Director of the Metropolitan Young Adult Training Program in New York City His experience also includes a three year ministerial internship at Monumental Baptist Church, in Jersey City, New Jersey.

Academically, Reverend Staples received a Master of Divinity from Princeton Theological Seminary of Princeton University in May 1990.  While a graduate student at Princeton, he was awarded the distinguished Byrd Prize for outstanding preaching. He has completed all but his dissertation for a Doctor of Ministry degree at San Francisco Theological Seminary. In addition, Pastor Staples received a Bachelor of Arts degree in Economics and Political Science in 1987 from Stanford University. During his years at Stanford, Reverend Staples studied the history of art, economics and the politics of France at Stanford-in-France in Tour, France and was the recipient of the Martin Luther King, Jr. Fellow Award.

Reverend Staples accepted his call into ministry while a student at Stanford University and preached his first sermon at St. John Baptist Church, East Palo Alto, California in October 1985.  He was licensed to preach the gospel in February 1986 and ordained in September 1990, all under the tutelage of the Reverend Doctor Robert L. Fairley. Pastor Staples is a native of Cleveland, Ohio. He began his Christian walk at the Zion Chapel Missionary Baptist Church under the pastorate of the Rev. George O. Stewart. He is the youngest of three children, who credits his grandmother and mother for developing his Christian walk and instilling in him the value of education.

Pastor Staples places high priorities on "discipleship and growing people". He envisions the church as one that builds relations through preaching, praise, promoting fellowship and proclaiming the Gospel.

He has served on several boards including but not limited to, the Human Rights Commission of Santa Clara County, Sheehan Health Network and the Balm in Gilead.

Pastor Staples is married to the former Tanya Perrin and together they have two children, Cydney and Taylor. 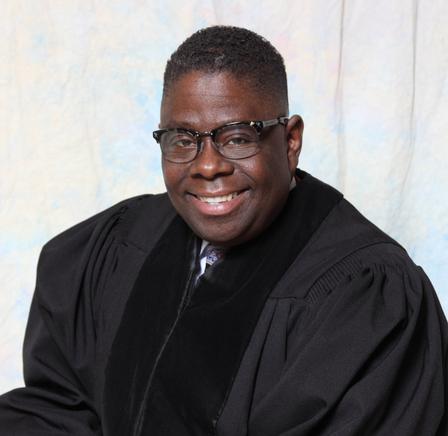