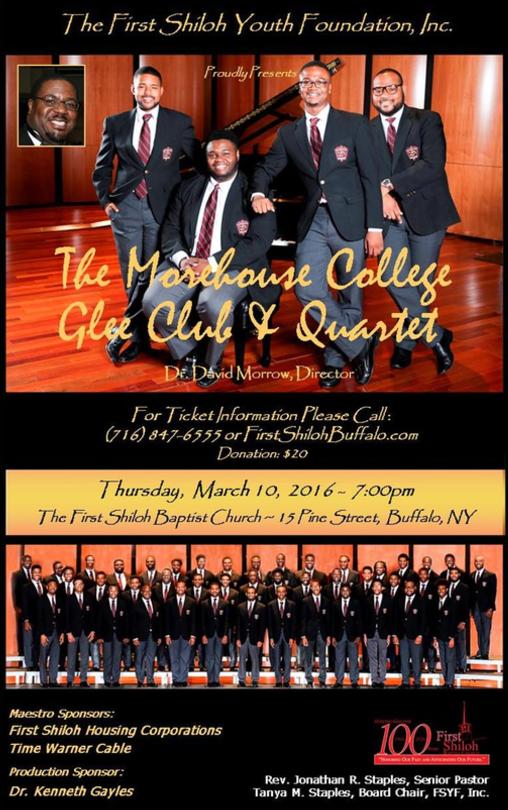 NO TICKETS WILL BE SOLD AT THE DOOR!

Tickets MUST be purchased in advance 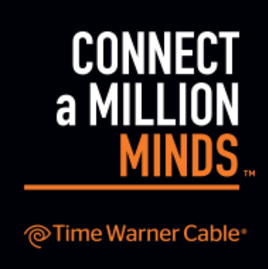 Under the leadership of Director David Morrow, who is only the third director in the group’s 100 year history, the club has earned an international reputation through its annual tours and has traveled through The US, Europe, Africa and the Caribbean.

The Glee Club is known for its focused stage presence, musical precision, wide-ranging repertoire, distinguished alumni and its recording of "I'm Building Me A Home,"which Morehouse alum Spike Lee recorded for the opening credits of his 1988 film School Daze.

They have performed at Super Bowls, The White House, The Olympics as well as Television appearances on The Cosby Show. With performances with artists such as Stevie Wonder, Natalie Cole , Ray Charles, Soprano Jessye Norman and Leontyne Price just to name a few, the group is internationally well known and respected.

The group previously performed at First Shiloh in 2013 to a packed house, where hundreds had to be turned away so don't miss this opportunity to witness one of the best musical experiences you will ever see!

With major Sponsorship from, The First Shiloh Housing Corporation and Time Warner Cable, this promises to be an inspirational night of great music!