First Shiloh Baptist Church was established in the Ellicott district, known as the Fifth Ward, Ellicott District on October 1, 1916.

The Church grew out of an assembly of 12 persons who met in the home of Mrs. Hattie Causey at 25 Union Street for prayer meetings.  The only known names of the group were Rev. Fredrick E. Edmunds, Walter Campbell, August Valentine, Nathan McCullough, Bert Leftwich, William Thompson, Sandy Thomas, Mrs. Minnie Fitzhugh, Mrs. Pearl Campbell and Mrs. Causey.  The group chose as its pastor, The Rev. Fredrick Edmunds who was a member of the Michigan Avenue Baptist Church.

Pastor Edmunds succeeded in adding new members to the congregation, unfortunately after serving a mere eight months, dissatisfaction among the 77 members resulted in a split of the church.  Pastor Edmunds remained with on faction, which called itself the First Shiloh Baptist Church.  The other faction retained the name of Shiloh for a time but soon changed it to the Trinity Baptist Church.

The First Shiloh Baptist Church headed by Pastor Edmunds used as its new home, a storefront at 416 Clinton Street.  Sunday school classes were set up and officers selected Nathan McCullough as Superintendent.

During 1917, the membership increased by 50 percent.  To help meet the needs of newcomers to Buffalo who were migrating in great numbers from the south, the Willing Workers Club and the Missionary Society were formed.  On November 13, 1917, the church was formally incorporated as the First Shiloh Baptist Church.

In November 1918, the congregation ‘called” The Rev. Elijah J. Echols, Sr. of Columbus, Mississippi. Pastor Echols accepted and began his pastorate of the First Shiloh, which would last more than 40 years.

In May 1921, the church congregation moved into the building at 40 Cedar Street.  For the next forty-five years, this building was the home of the First Shiloh Baptist Church.

Much of which First Shiloh has become is due to the leadership and foundation provided by Rev. Elijah J. Echols Sr.  During the more than four decades of Rev. Echols’ pastorate, many ministers served Shiloh.  Sons of Shiloh who were ordained into the ministry under Rev. Elijah Echols, Sr. were the Reverends Elijah J. Echols Jr., Walter M. Echols, George Bell, Ivor Moore, Spurgeon B. Donaldson, Phale D. Hale, M. Samuel Pinkston, William K. Richardson, Thomas J. Woodyard, James Robinson, Leo Murphy and F.D. Reid.  All of these ministers serve or have served as successful pastors in churches across this country. On May 16, 1961, after serving for 43 years as pastor of First Shiloh, Rev. Elijah J. Echols Sr. passed away.

Rev. Elijah Echols, Jr. was elected to succeed his father as pastor.  His formal installation took place in March 1962.

The groundbreaking ceremonies for the current church building, on the site of the home of the famous abolitionist, William Wells Brown, were held on August 9, 1964.  On May 15, 1966, members and friends made the short trip of one block from the old building to the new $700,000 church structure, which was formally dedicated on July 3, 1966.

Pastor Echols, Jr. was called home on March 30, 1984.  During his pastorate, not only did he save souls for Christ; he also made a tremendous impact on the local and regional ecumenical community.  He served as President of the Board of directors of the Buffalo Area Council of Churches, and was President of the Empire State Baptist Convention at the time of his death.

Shortly after the death of Pastor Echols, Jr., the church elected the Rev. Timothy Careathers of the First Baptist Church in Milford, Connecticut, to assume the position of pastor.  He was installed as the fourth pastor on June 30, 1985.  Pastor Careathers served approximately one and half years before resigning February 15, 1987.

In December 2000, the congregation elected Rev. Artis McKinley Royal as the sixth pastor of the First Shiloh Baptist Church.

Building improvement projects were completed, which included remodeling the kitchen, baptistery, and other neglected areas of the edifice.  The nursery environment and services were revitalized, and a new van was purchased to meet transportation needs.

Pastor Royal accepted the “call” in August 2003, to shepherd the flock at Pilgrims’ Rest Baptist Church in Memphis, Tennessee.

In October 2006, Rev. Jonathan R. Staples of Palo Alto, CA accepted the congregation’s call to be the seventh pastor.   Pastor Staples is the former Senior Pastor of the Jerusalem Baptist Church of Palo Alto, CA.  He holds a Bachelors Degree from Stanford University and a Masters of Divinity from Princeton.  Additionally, he has completed all of the coursework for a Doctorate of Ministry from San Francisco Theological Seminary.  Pastor Staples places high priorities on “discipleship and growing people.”  He envisions the church as one that builds relations through preaching, praise, promoting fellowship and proclaiming the Gospel.  Under his leadership, new ministries have been initiated, a van has been purchased and several building improvements have been made.  Additionally, Victoria Ferguson-Young, Jacquelyn Ross Brown, David Hampton and Rachelle Satchell-Robinson have been ordained to the ministry of Word and Sacrament, 4 new deacons were ordained and 3 deaconesses were added to the board. 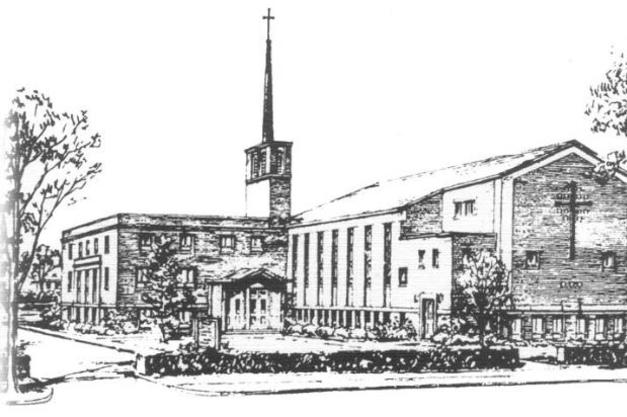